There are many benefits of pasting a solar window film

How many days can I open the window after the car is filmed?

Then the problem is coming

How many days can I drive the window after the car is filmed?

After the car window film is pasted,

Window opening time is about 3-7 days

How to determine the window opening time of your own model?

First of all, you must determine the type of solar film you put on

If you put a thicker metal film

The window opening time should be appropriately extended

If it is a ceramic window tint

The window opening time can be shortened appropriately

There is also a weather reason

If the weather is hot, the time can be shortened appropriately

The rainy season or winter can be extended appropriately.

The following are the precautions after applying the solar film:

1. The glass cannot be raised or lowered 3 days after the pasting.

2. Don’t blow the air conditioner against the glass after applying the solar film

3. Do not stick the contents of the suction cup on the glass after applying the solar film.

4. The metal film reserves the installation position of ETC

5.  Asks store for a warranty card

6. Go back to the store after a week to check the edge banding. 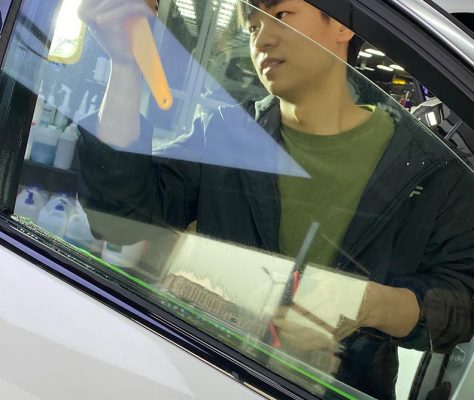